While relatively new to the United States, micro-unit housing is the norm in dense metropolises such as Tokyo and Hong Kong. Many of the pioneering micro-unit models in the U.S. provide multifamily housing solutions for the homeless, low-income residents, and the mentally disabled. Instead of the dorm-like living conditions of the single room occupancy units of the past, these projects offer living quarters with plentiful natural light, shared community spaces, and other support services.

Micro-housing developers are now targeting another type of tenant: young, single, urban professionals who have minimal belongings and a desire to ditch roommates. The city serves as both their living and dining rooms, so the apartment becomes just a place to sleep. “Cultural expectations vary widely when it comes to acceptable sizes of living spaces,” says Eric Bunge, AIA, principal at Brooklyn, N.Y.–based nArchitects. In Hong Kong, where the firm recently designed a 30-story tower, units started at 160 total square feet each. In Manhattan, units at nArchitects’ Carmel Place range from 260 to 360 net square feet.

Designers interested in entering this market should know the regulations and building codes that govern micro-units and the design strategies that make these puzzle-like projects viable and livable. 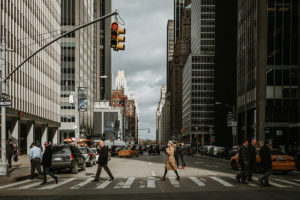 Zoning resolutions govern how a piece of property may be developed—including approved uses, density, setbacks, lot coverage, parking, and floor area ratio (FAR)—and also affect the allowable number of units that can be built on a site. These requirements, which vary by location, can get complicated very quickly. In large cities, it’s not uncommon for clients to hire a consultant, such as a land use attorney, to navigate zoning resolutions.

In Southern California, the standard parking requirement of one spot per unit is a significant challenge that is made even greater with the density of micro-units. Lawrence Scarpa, FAIA, principal of Los Angeles–based Brooks + Scarpa says some projects aimed at certain populations, such as the mentally disabled, might be eligible to receive discretionary approvals that permit, for example, one parking spot per four units, allowing the facility to accommodate more residents.

Local zoning requirements in Los Angeles and adjacent cities often discourage density by limiting both the size and heights of buildings while requiring setbacks, including side yards. “Density governs the number of units permitted on a site, so there is isn’t much incentive for developers to make units smaller,” Scarpa laments.

Micro Reactions
Not every city is on board with the micro-unit typology. Beginning in 2009, Seattle led the charge for micro housing in the U.S. by planning and constructing thousands of units as small as 90 square feet. Developer Jim Potter identified a loophole in local building codes that allowed him to create dormitory-style buildings. While units included small kitchenettes and private baths, they shared communal kitchens among groups of seven. By 2014, the city caught wind and amended codes to mandate a 220-square-foot minimum for dwelling units as well as the inclusion of food preparation and storage areas—a nearly impossible exercise in space planning. Tedious and time-consuming design review processes, parking mandates, and stringent layout requirements made these projects much less lucrative for developers, and they resumed building larger units with higher rents.

By contrast, micro-unit housing is on the uptick in New York, despite the fact that the city has had a minimum residential unit requirement of 400 square feet since the 1980s. Seeking more innovative housing models, the New York Department of Housing Preservation and Development (HPD) launched the adAPT NYC competition in 2012 that called for concepts for the city’s first micro-unit apartment building in Manhattan’s Kips Bay neighborhood. Six municipal zoning code overrides were created, including the relaxation of the minimum unit square footage and density limitations, but the site’s FAR was not increased.

Carmel Place, the winning prototype designed by nArchitects, was completed in 2016. The 35,000-square-foot, 10-story building offers 55 loft-like rental apartments in five configurations. Thirty-three of the units are market rate (averaging between $2,500 and $3,000 per month), while 22 are dedicated as affordable housing—eight of which are subsidized under Section 8 and are reserved for formerly homeless U.S. veterans. Comprising 65 steel-framed modules stacked to form four 11-foot-wide mini “towers,” the building’s exterior is clad in four shades of gray brick, though its stepped massing does not call attention to the individual micro-units. Conceived as a microcosm of the city skyline, “The aim was to provide a new social framework for small households that emphasizes nested scales of community rather than individual residents,” Bunge says.

Designing Compact Yet Livable Interiors
The design and construction requirements of the federally mandated Fair Housing Act (FHA) apply to all new multifamily housing developments consisting of four or more dwelling units. Dating back to 1968, the FHA was created as part of the Civil Rights Act to promote inclusivity in multifamily developments and protect the interests of buyers and renters. Based on these requirements, New York codes require all living units to contain a 150-square-foot habitable area with a minimum clear dimension of 8 feet in all directions, which is measured from baseboards and any protruding elements, such as counters, structural elements, or mechanical equipment.

FHA guidelines, as well as state and local building codes, may refer to the ADA (Americans with Disabilities Act) Standards for Accessible Design. In some cases, units must be designed to be convertible to meet accessibility requirements, necessitating details such as 30-inch openings below kitchen sinks and an additional niche beneath counters for food prep. Codes may also require bathrooms to be handicap accessible, challenging designers to get creative with space-efficient solutions.

The Future of Micro
As lifestyle and cultural expectations evolve, building codes inevitably have to play catch up. Thomas Meyers, a building code and life-safety consultant and president of Building Intuition, in Berthoud, Colo., acknowledges that changes to codes can take a lot of time. “They lag behind building designs and concepts by at least 10 years,” he says. Code officials are tasked with making determinations that affect public health, safely, and welfare, but residential properties are somewhat of a gray area. “As a consumer, it should be your responsibility to determine what’s appropriate for you and your family’s lifestyle,” Meyers says. “Bigger isn’t necessarily better, so maybe there’s a need to reassess occupant load to allow for higher density.”

It remains to be seen whether micro-unit developments are a long-term solution for urban housing or just another fleeting trend catering to a fickle audience. The turnover rate is high; tenants are typically single or double renters that prefer short term leases. These developments are often all about their locations in desirable neighborhoods, and smaller units don’t always equate with lower rents. Developers who want to hedge their bets often balance micro-unit offerings with a variety of other unit types within new properties.

Scarpa advises architects who are considering pursuing micro-unit development to inquire up front about the funding sources, which can range from private financial institutions to federal or local government programs—and each may impose different requirements that can affect the design. Instead of taking a passive approach to planning and zoning regulations, Scarpa has engaged in reviewing and writing proposed amendments for local municipalities: “Beyond design,” he says, “architects should get involved in shaping policies.”